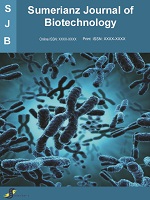 Effect of Supplementing Cassava with Okara on Biscuit Quality

Okara is a nutritious by-product of soy milk industry; however it is discarded as industrial waste because it is perishable and other uses for it have not been fully identified. The feasibility of utilization of okara in food formulations was investigated. Five blends of composite flour were prepared by combining cassava flour with 10% to 50% of okara flour, respectively. The 100% cassava flour served as control. The functional and pasting properties of the flour blends as well as the chemical and sensory properties of biscuit samples were determined. Statistically significant (p≤0.05) difference in functional properties was observed between cassava flour supplemented with different levels of okara. The pasting properties showed that peak and final viscosities decreased with increase in level of okara flour in the blend. The biscuit samples had protein (4.7-11.9%), ash (1.63-2.17%), crude fibre (17.13-20.38%), fat (17.9- 23.4%), carbohydrate (34.9-53.0%) and energy (349.8-363.5 Kcal/g). Anti-nutritional components (oxalate, phytate and tannin) were significantly affected by inclusion of okara in the formulation. The sensorial characteristics of biscuits prepared from cassava and okara showed significant difference (p≤0.05) compared to the control. Cassava flour could be supplemented with okara flour up to 20% level in the production of biscuits with improved nutritional quality without affecting sensorial acceptability. The results from this study could be adopted by indigenous food industries that want to take the functional and nutritional advantage of okara flour to supplement starchy food ingredients.
Pages: 99-105